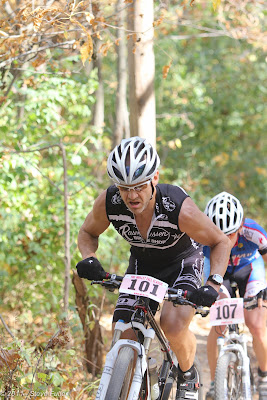 Matias and I beatin' the snot out of each other.


It’s tough to beat the central Iowa cycling scene, especially during the fall months with the biggest mountain bike race in Iowa and the start of cyclocross season. Julie and I had a few weeks between Chequamegon and the Mullet Fall Classic, so we busted out Pat the ti Mongoose and did some cross racing to carry us over until the Mullet.
One of the great things about the Mullet, is that it has a ‘cross race vibe to it. Lot’s of cycling folks hangin’ out, shootin’ the breeze, drinking beer, eating food, heckling, etc. Race directors Bruce Brown and Jed Gammell have taken mountain bike race promoting to a new level and have created a great event to cap off the Iowa mountain bike season with.
We lined up for the start of the race and I was happy to see one of my newest rivals, Matias Perret toein’ the line next to me. We’ve had several memorable battles this season, on the mountain bike and at a few cross races. We push each other pretty hard and it almost always ends up coming down to the wire.
Bruce blew the whistle and we were off like a pack of scalded dogs. I didn’t really want to take the hole shot, but I also didn’t want to get myself far enough back that I ended up behind enough people that I might get stalled out on the first steep climb of the race. The pace at the start was slow enough that the group was closely bunched, so I surged ahead as the trail started to narrow a little. As we hit the first right hand turn, I rolled toward the apex and heard what sounded like a deer darting through the weeds next to me. I took a quick look over and saw Ryan the Cable Guy trying to pass me through the weeds. I was already committed to the inside line and wasn’t in a position to back off without causing mass chaos behind me. I made the comment that it was a pretty ‘optimistic’ move and he backed off before causing a small yard sale. 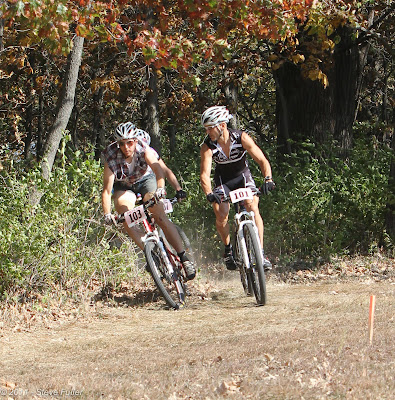 Ryan the Cable Guy tryin' to put the squeeze on me.

So, I think that I need to clarify what I meant by calling his move an optimistic move based on what I’m hearing from others. I wasn’t being cocky, my thought at that moment was the pass that he was trying to make would have most likely resulted in carnage. I was on the inside line and on a right turn trajectory, if he had persisted with the pass attempt, his momentum could have carried him into a broad side collision with me. He might have been able to pull the pass of cleanly, however at that moment it seemed questionable to me. I’m not an arrogant person, definitely not enough to think that somebody else in the Cat 1 field shouldn’t attempt to pass me at any point in a race, even if he does show up clad in a Larry the Cable Guy race kit. Actually, it probably was more the blinding glare coming off of the pasty white nether region that exists between his normal cycling short line and the bottom of his Larry the Cable Guy shorts that I was more fearful of. Had I come into to contact with that…gives me the willies just thinking about it. Ryan and Rox are good friends of ours and do a stellar job as co-commander in chief(s) of the Psycowpath Series in Nebraska. We enjoy hangin’ with them, however I hope that I never have to see that much of his upper thigh again.
So back to the race… It didn’t take long for the lead group to whittle down to just Matias and myself after a couple of hard efforts when the trail pointed skyward. Over the first two laps the pace was fairly easy. I led both laps and occasionally slowed to a crawl in a few of the open areas, inviting Matias to take the lead. I also hit most of the hills hard, where drafting was at its’ least effective in an effort to wear him down a little.
At the start of lap three, Matias finally took the lead and applied the same basic strategy that I had used on the first two laps. I stuck to his wheel as closely as possible to let him know that I as feeling good and that I wasn’t going anywhere. As we began the fourth and final lap, I knew that I was going to have to do something differently soon. I didn’t want it to come down to a sprint because Matias is a proven winner in that type of situation. So shortly before we hit the first steep climb of the lap, I took over the lead. As soon as we hit the climb, I amped up the effort and hit it even harder after we reached the top. The portion of the course after the hill isn’t all that technical, until you start flying through most of it at 20+ mph. I managed to separate myself from Matias and kept the effort at full gas until I hit the dam. I took a quick look back and didn’t see him. 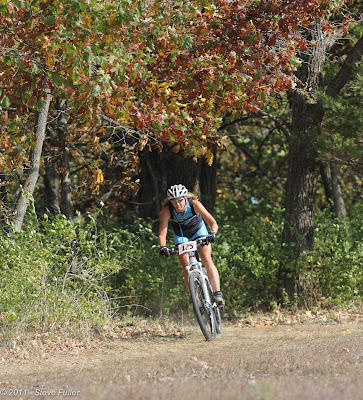 Julie rippin' it up. 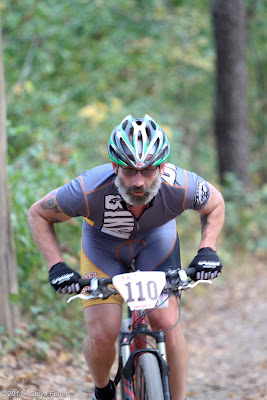 My bro Chad is in full on Chia mode. 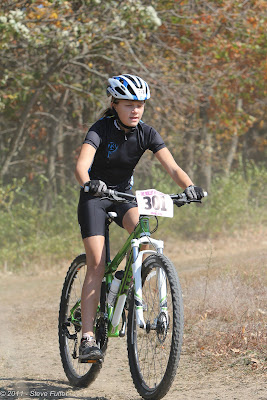 Hannah Banana schoolin' the rest of the juniors. 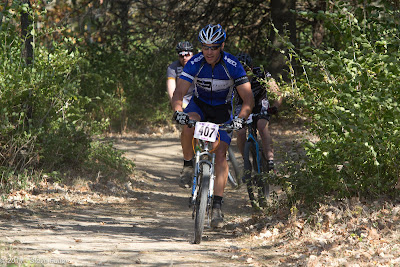 I pretty much continued the lap at full throttle hoping to open up as big of a gap as possible and get myself out of sight. Once you loose sight of the guy ahead of you, it pretty much breaks the spirit of your opponent. I held on for the W, and shortly after I finished, Julie rolled across the line for a solid 2nd overall in the women’s race. We did a short cool down ride, packed up the bikes, changed clothes and headed over to the beer garden to celebrate the end of another great mountain biking season. She claims that I threw down six beers, I only counted five, both of which is considerably more than I’ve had in a very long time. Regardless, it wasn’t entirely my fault as I was constantly being provoked by Chia Chad and Jerome. At least half of the 150+ racers stuck around for the post race party of great food, a lot of beer, great conversation and the usual shenanigans that ensue when all of the aforementioned elements are combined. It was the perfect way to cap off another great year of mountain bike racing!

So what’s next? More cross races of course! Neither of us really care about our results, we just want to get a good workout in so that we can justify our consumption of some bad food and good beer.

Not the first, or even second time arrogance has come across.

may you want to stay in bali, you can book hotels in bali from my website ( List of Bali Hotels Discount ,Low Rates ):

Since I was one of the few neutral observers at that point on the course, I'll chime in that I was expecting a big wreck when you guys came galloping out of the woods and into the meadow. I thought that optimistic was a good description of the chances that was going to come off cleanly. Glad that calmer heads prevailed.

Unbelievable, you are really passionate for biking, hats off to you bro!

Biking is a good and enjoyable sport. I love biking!!!

Wow, this piece of writing is good, my sister is analyzing such things, thus I am going to let know her.

I like biking, I started to learn it at the age of 10. Your bikes are really great!

You have a nice blog! I love it, I am very entertained and I learned a lot! I will follow all your posts everyday! You are a genius indeed and all of your words are meaningful, I will promote your blog to my friends and I am very sure they will also like your blog!

You have a nice blog! I love it, I am very entertained and I learned a lot! I will follow all your posts everyday! You are a genius indeed and all of your words are meaningful, I will promote your blog to my friends and I am very sure they will also like your blog! 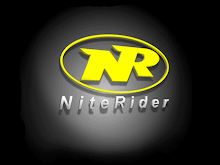